Installing Django on windows is a fairly simple process. Django is web framework which uses Python as it’s programming language.

The first step is to check if Python is installed on Windows, Check it with following command:

If Python is not installed, Please go to https://www.python.org/downloads/ and install it as you do it for any other windows software.

Python Virtual Environment is handy when we want to isolate different projects and their dependencies.

As with other programming languages, Python also have tons of libraries and third party extensions (In fact Python is leading this race). Virtual environment is useful to avoid conflicts between these packages being utilized in multiple projects on a single Python installation.

Now that we have setup virtualenv for python, we will create virtual environment to house our Django project, run the following command:

mkvirtualenv django-project. Now run workon django-project to get into the created virtual environment. To check which packages are installed, we can run pip freeze. Important to note here is that pip freeze will show packages within a virtual environment only if we are inside that virtualenv, otherwise it will show all the packages installed globally over the python installation.

Install Django inside the Virtual Environment

Once Django is installed, django-admin utility will be available for us and we can make use of various different commands to work with our Django project using this.

For now, run django-admin --version to check the version of the Django framework.

To create a django project, we will use django-admin startproject your_project_name. You can now navigate to the directory which is currently active in your command prompt. You should be able to see a new directory created with the name you have given to your project.

This is the basic structure of a djang app. Now cd your_django_project and run py manage.py runserver

You now have your django app running on localhost, browse http://127.0.0.1:8000, it should load the following default welcome page:

Share your thoughts and Keep following my blog, I will be posting more content on Django Development. 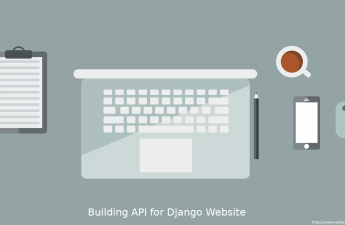 How to build REST API with Django REST Framework